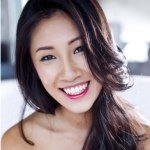 Many of you will remember our Peoples Choice performer from a few years back, Van-Anh Nguyen.

Van-Anh is about to launch her fourth Album Seasons Of Love: Broadway & Opera Favorites.

She currently has three independent albums out including her solo piano album ‘Mise-en-scene‘ (2008), her classical-crossover album ‘Tonalita‘ (2012) and her piano and duo album with Melbourne based cellist, Chris Howlett entitled ‘Sentimentales‘ (2013).

You can sample some of the songs here and visit Van-Anh’s official website here.