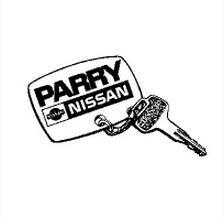 Director Carol Dall’Osto has received good news from the Managing Director of Parry Nissan, Mr John Doolan, confirming their sponsorship to cover the Prize Money for the new Open Vocal Section – $3000 in total – making them our second major sponsor after the Townsville City Council. Parry Nissan has continued to support the competition over the past thirteen years under the previous Manager Director, Mr Alan Parry, including the sponsorship of the previous Vocal Section and providing loan of cars during the event.

“It is absolutely wonderful news to have such strong business support from a company with such a long & outstanding relationship with the Townsville community and we are looking forward to working with them for many more years to come”,  (Carol Dall’Osto)

Guidelines for all sections, including the new Open Vocal Section, can be downloaded here.