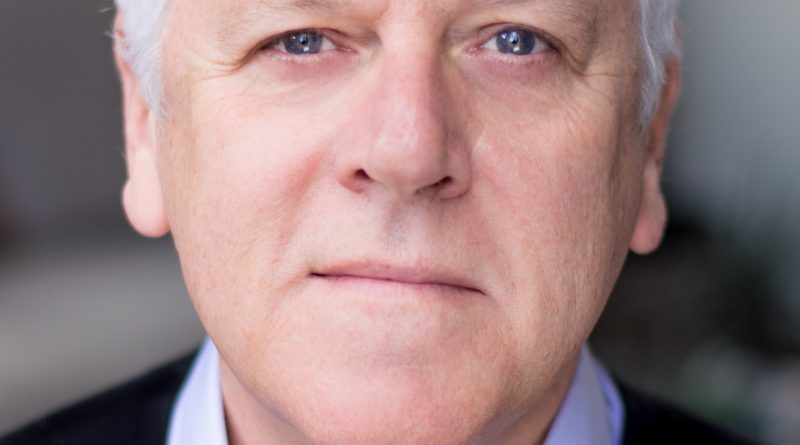 Peter Coleman-Wright is widely considered one of the most versatile singers on the circuit today. He is equally at home on the opera, concert and recital platforms, where he has been performing all over the world for many years.

Peter Coleman-Wright’s professional debut as Guglielmo Così fan tutte with the English Touring Opera led to his debut at the prestigious Glyndebourne Opera in the same role. Also at Glyndebourne he performed in two Britten operas directed by Sir Peter Hall: firstly as Demetrius A Midsummer Night’s Dream, and then as Sid Albert Herring, for which he won the Glyndebourne Touring Prize. He made his London debut as Figaro in the Jonathan Miller production of The Barber of Seville at English National Opera. Frequently engaged by the English National Opera, the baritone has since performed the title roles in Don Giovanni, Eugene Onegin, Billy Budd, Henze’s The Prince of Homburg and Dallapiccola’s The Prisoner. Mr. Coleman-Wright was also seen as Niels Lyhne (Delius Fennimore and Gerda) conducted by Sir Charles Mackerras, The Forester in David Pountney’s inventive production of The Cunning Little Vixen, and Michele Il Tabarro. An excellent musician, the baritone created the roles of John (Jonathan Harvey Inquest of Love) and Colin (David Blake The Plumbers’ Gift). In 2002 he sang his first Scarpia in the David McVicar production of Tosca opposite his wife, Cheryl Barker. Mr. Coleman-Wright’s debut at the Royal Opera House Covent Garden was as Dandini La Cenerentola in performances conducted by Carlo Rizzi. He returned to the Royal Opera as Billy Budd in the Francesca Zambello production, and as Papageno Die Zauberflöte, Don Alvaro (Rossini’s Il Viaggio a Reims), Marcello La bohème, Ping Turandot, and The Ballad Singer in their critically acclaimed production of Britten’s Paul Bunyan conducted by Richard Hickox. He also sang Gunther and Donner in Keith Warner’s production of Wagner’s Ring conducted by Antonio Pappano, as well as Beckmesser in Die Meistersinger von Nurnberg.

He has also appeared with the Garsington Opera Festival as Jupiter (Die Liebe der Danae) and as Mandryka in Arabella both by Richard Strauss.

A native of Australia, the baritone has performed Onegin, Chorebe Les Troyens, Orestes Iphigénie en Tauride, Wolfram Tannhäuser, Golaud Pelléas et Mélisande (conducted by John Fiore), Germont La Traviata, Count Almaviva Le Nozze di Figaro, Scarpia Tosca, Balstrode Peter Grimes, The Traveller Death in Venice, Macbeth in Macbeth, Don Giovanni, and Billy Budd for Opera Australia, winning both the Green Room and Mo awards for the latter. His performances of the title role in Sweeney Todd by Stephen Sondheim won him the 2002 Helpmann Award as Best Actor in a Musical by the Australian Entertainment Industry Association. He created the role of Harry Joy in the highly acclaimed Bliss by Brett Dean, also singing the role at the Edinburgh Festival in 2011. At the Lyric Opera Queensland, he has performed both Germont and Onegin.

He made his European debut in Amsterdam as Soldat Bruder (Busoni Dr. Faust) at the Netherlands Opera conducted by Hartmut Haenchen. Since then he has also sung Schaunard La bohème and Chorèbe Les Troyens for the Netherlands Opera. At the Opéra de Bordeaux, he performed Guglielmo Così fan tutte and Count Almaviva Le nozze di Figaro, a role that he repeated in performances at La Fenice in Venice and at the Bayerische Staatsoper in Munich. Munich audiences also enjoyed his portrayal of the title role of Don Giovanni. His first appearance at the Grand Théâtre de Genève was as Ned Keene Peter Grimes (conducted by Bruno Bartoletti) where he also performed Marcello La bohème. The role of Sharpless Madama Butterfly provided his introduction to the Opéra National de Paris at the Bastille (Robert Wilson production) and to the Flemish Opera in Belgium. Mr. Coleman-Wright has appeared at the festivals of Aix-en Provence as Theseus (Britten A Midsummer Night’s Dream) and Bregenz in Francesca Zambello’s production of Carlisle Floyd’s Of Mice and Men, conducted by Patrick Summers as well as The Forester The Cunning Little Vixen in Daniel Slater’s production at the 2003 Bregenz Festival, conducted by Vladimir Fedoseyev.

He made his debut at La Scala Milan in 2011 singing The Traveller in Death in Venice.

Peter Coleman-Wright’s North American debut was as the Count in Vancouver Opera’s production of Le nozze di Figaro, where he also performed the title role of Don Giovanni. He went on to sing Sharpless Madama Butterfly for Santa Fe Opera conducted by John Crosby and first appeared in New York as Don Giovanni for the New York City Opera. In concert, the baritone has performed both Altair Die Ägyptische Helena and Jupiter Die Liebe der Danae at the Lincoln Center’s Avery Fisher Hall with the American Symphony Orchestra, conducted by Leon Botstein. For Houston Grand Opera, Mr. Coleman-Wright has performed Rodrigue, Marquis of Posa Don Carlos, Sharpless Madama Butterfly, and created a leading role in Jake Heggie’s new opera for Houston Grand Opera titled The End of the Affair, composed for Mr. Coleman-Wright and his wife, soprano Cheryl Barker. He made his Metropolitan Opera debut as Dr. Falke Die Fledermaus in 2002 and has appeared there regularly since as Fieramosca Benvenuto Cellini, Belcore L’elisir d’amore and Marcello La Bohème.

Much in demand as a concert artist, he has performed throughout Britain at the Royal Festival Hall, the Barbican, the Wigmore Hall, the Royal Albert Hall Proms, St. Paul’s Cathedral, Queen Elizabeth Hall and at Thomas Adès’ Aldeburgh Festival. In Europe he has sung for the Dutch VARA Radio in concerts in the Amsterdam Concertgebouw, firstly as Tarquinius The Rape of Lucrectia with the Schoenberg Ensemble conducted by Oliver Knussen, and secondly as Jupiter (Richard Strauss Die Liebe der Danae) with the Radio Orchestra conducted by Edo de Waart. He has also performed Schoenberg’s Gurrelieder with Marek Janowski and Radio France Paris. The baritone appeared in recitals at the Spoleto Festival in Italy, at the Accademia Santa Cecilia in Rome and at the Palais Garnier in Paris. He has also given recitals at the Naantali Music Festival in Finland, in Austria and on tour throughout Spain. Other concert appearances include engagements in Iceland, Hong Kong and The Sultanate of Oman.

Mr. Coleman-Wright has recorded for EMI, Chandos, Telarc and Hyperion labels. Recordings include Oedipus Rex by Stravinsky, Mass of Life, Fennimore and Gerda and Requiem by Delius, The Pilgrims Progress by Vaughan-Williams and Britten’s Paul Bunyan, the latter two both with the Royal Opera House Covent Garden. He has also recorded Mendelssohn’s St. Paulus, Job by Hubert Parry and Die Liebe der Danae conducted by Leon Botstein, the title role of Owen Wingrave with Richard Hickox and the London Sinfonietta, Benvenuto Cellini with the LSO and Sir Colin Davis and with the Metropolitan Opera with James Levine and Tarquinius The Rape of Lucretia conducted by Oliver Knussen.

Future engagements include performances with the Metropolitan Opera New York, Royal Opera Covent Garden, La Scala Milan and Opera Australia plus concerts with the London Symphony Orchestra, the Halle Orchestra, Royal Scottish National Orchestra, The Saint Paul Chamber Orchestra Minnesota, the Dutch Radio Philharmonic, Sydney Symphony and Edinburgh Festival. Recordings have recently been released of Benvenuto Cellini with the LSO and Sir Colin Davis on the LSO Label as well as Owen Wingrave with Richard Hickox and the London Sinfonietta for Chandos.

Peter recently sang the title role in a new production of Caligula by Benedict Andrews for ENO. He will sing this role in 2013 for the Teatro Colon Buenes Aires.

Peter Coleman-Wright was awarded an honorary Doctorate from the University of Melbourne in 2010. He is married to the soprano Cheryl Barker and they have one son Gabriel.