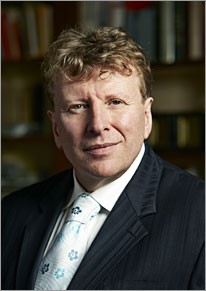 London-based Australian pianist Piers Lane stands out as an engaging and highly versatile performer, at home equally in solo, chamber and concerto repertoire. In great demand as a soloist and collaborative artist, recent highlights include performances of Busoni’s mighty piano concerto, Frank Bridge’s Phantasm and Ferdinand Ries’s eighth concerto at Carnegie Hall with the newly formed Orchestra Now; premieres of Carl Vine’s second Piano Concerto, written for him, with the Sydney Symphony and the London Philharmonic, and several sold-out solo recitals at Wigmore Hall. He also gave over thirty performances in Australia, and performed throughout the UK, and in France and Belgium.

Five times soloist at the BBC Proms in London’s Royal Albert Hall, Piers Lane’s concerto repertoire exceeds ninety works and has led to engagements with many of the world’s great orchestras and conductors.  He has recorded over sixty CDs on major labels, primarily with Hyperion Records. Awaiting release are another Piers Goes to Town recital disc, concertos by Ferdinand Ries, and a sonata disc with violinist Tasmin Little. Recent releases include concertos by the Australians Alfred Hill and George Boyle, a Franck, Fauré and Szymanowski disc with Tasmin Little and works by Borodin, the ninth disc he has recorded with the Goldner String Quartet.

In the 2017/18 season Piers’ concerto appearances include Rachmaninov’s Piano Concerto No. 3 under Brett Dean at Sydney Opera House with the Sydney Symphony, Brahms piano concerto No.2 with the Auckland Philharmonia, and the world premiere of a newly commissioned piano concerto by Carl Vine with Kathryn Stott, also in Australia. Piers visits the USA on several occasions, gives a solo recital at Wigmore Hall in January, and plays throughout the UK as well as in Canada, Dubai, Portugal, Norway and Russia.

In the Queens Diamond Jubilee Birthday Honours, he was made an Officer in the Order of Australia (AO).