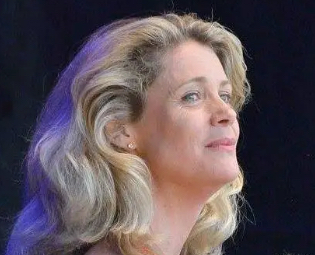 Winner of the prestigious Marianne Mathy Award (The Australian Singing Competition), and prize winning graduate of the Canberra School of Music, the Royal Northern College of Music, Manchester and the National Opera Studio, London, mezzosoprano Christina Wilson has appeared in performances throughout the UK, Europe, the USA and Australia.

She has sung as a soloist in concert, recital and opera at the Royal Albert Hall, Westminster Abbey, Canterbury Cathedral and in recital at the Wigmore Hall, the Temple Square and the Paris Conservatoire and with Glyndebourne Festival Opera, Wexford Festival Opera, Belfast Opera and the State Opera of South Australia. Opera roles have included Clitemnestre, Carmen, Cenerentola, Rosina, Cherubino, Dido, Dorabella and in recent years for Handel in Theatre, the roles of David (Saul), Irene (Theodora), Dejanira (Hercules) and Storgé (Jephtha; the Vow) staged at the Canberra Playhouse and conducted by Brett Weymark.

Christina is currently a core member of Songmakers Australia, Australia’s only professional art song ensemble, performing regularly at the Melbourne Recital Centre in concert and broadcast for ABC Classic FM. As an artist with the Flowers of the Great War project, she has sung in concert around Australia, in Paris and Amiens, France and Oxford and London, as well in recordings for the Australian War Memorial 100 Years of Song and ABC Classics – in 2017 A race against Time, songs of Frederick Septimus Kelly with Alan Hicks, piano and in 2019 with the Tasmanian Symphony Orchestra.  Other recordings include CDs of Elgar’s The Music Makers (SOMM), Brahms Zigeuner Lieder and a Christmas album.

She has been a featured soloist for Voices in the Forest at the National Arboretum (2011, 2013, 2014), the Canberra International Music Festival (2009-2013) performing many world and Australian premieres, and with the Canberra Symphony Orchestra at the 2012 Government House Prom Concert, conducted by Guy Noble.

A Lecturer in Singing at the Australian National University School of Music (2009-12) and in Voice and Performance at the University of Canberra (2013-18), she is now Sydney-based and teaches Classical Song and Voice Works at the Sydney University Conservatorium Open Academy and is a Performance Tutor at UNSW. She has given masterclasses at AIM, NIDA, die Universität fur darstellende Kunst, Vienna, and adjudicated at the Sydney, Wollongong, Taree and Australian National Eidsteddfods and the Melbourne Liederfest.